Roadkill UV Tool v1.1. Live Unwrap, Live Pin and Pull. Now has the ability to paste the incoming RoadKill UV's onto any of Max's UV channels.

I've said many times that it's a really great time to be a texture artist. Over the past two or three years, a slew of new texturing, re-meshing, and UV mapping tools have emerged that have made the once tedious process of surfacing a 3D model a lot more enjoyable. Whether it's a one-click UV solutions, or a sophisticated 3D painting app, you're bound to find something on this list that makes you like texturing just a little bit more:

While the chief use for each of these three packages is digital sculpting and high-poly detailing, they all do much more than that. Each of them has its own strengths and weaknesses, and while ZBrush is certainly the most ubiquitous of the three, they're all worth checking into. Their usefulness in a texturing pipeline comes primarily from the fact that they can be used to add an incredible amount of detail information to your model, which can then be baked down into diffuse, normal, ambient occlusion, and cavity maps. All three of these also have 3D painting capabilities for seamless texture painting.

ZBrush - ZBrush wears many hats, obviously. I think most artists would say that it's best-in-class for sculpting, and it's honestly only a few steps away from being an all-in-one content creation package. Learning ZBrush is a safe bet no matter what position you hold (or aspire to) in the industry.

Mudbox - Everytime I start to think that Mudbox is an also-ran in the sculpting game, I learn of another top-tier artist that uses it instead of ZBrush in their workflow. The apps share a lot in common, and where ZBrush excells in sculpting and detailing, Mudbox has better painting tools and an easier interface. They both get the job done, but I'll say this—Mudbox is almost universally recognized as having a better workflow for painting diffuse textures directly on the surface of your model. Many liken Mudbox's painting tools to a 3D version of Photoshop, and that's really saying something.

3DCoat - I don't use 3DCoat, but I checked out all the documentation on their recent Version 4 beta release, and it's shockingly impressive. 3DCoat is way closer to parity with ZBrush and Mudbox than I though, and even beats them in certain regards. It's significantly less expensive to boot.

These apps are primarily used for baking high poly details onto a low poly mesh, generating ambient occlusion and normals from a bitmap image, and creating procedural textures:

XNormal - XNormal is pretty much the tool of choice for baking details from a high poly mesh onto a low-poly target. The software is free, and I doubt there's a single game artist on the planet who hasn't used it. Fantastic for baking normals, and in my opinion the AO maps it generates easily beat what you can get from Knald or nDo2, even if it does take a bit longer.

Substance Designer - Substance is a fully featured procedural texture generator that uses a node based graph workflwo to help you create unique tiling textures. I just started using Substance recently—it's just a blast to work with, and it's incredible how quickly you can get a great looking tileable map out of it.

Knald - Knald is a brand new map generation tool that uses your GPU to render out AO, cavity, convexity, and normal maps from any bitmap image or heightmap. Knald is one of the best tools of its kind, and has one of the best real-time model viewers out there. Plus it's crazy fast.

Crazybump - Crazybump is a very, very similar predecessor to Knald. It's been a popular tool for a long time, but it's really starting to show its age. I just think you get better results out of newer apps like Bitmap2Material and Knald.

nDo2 - nDo2 is Quixel's flagship normal mapping plugin for Photoshop and allows you to create highly customizable normal maps just by painting them on your 2D canvas. While nDo isn't the first piece of software that can generate normals from a 2D image, it does offer the highest level of control by far. nDo2 can also bake ambient occlusion, height, cavity, and convexity maps from your normals.

dDo - Also from Quixel, dDo is as close to an 'automatic texturing' application as it gets. While dDo mostly delivers on its promise to give you usable texture bases in mere minutes, the quality of the results it returns is directly proportional to the information that you feed in. In other words, the software still requires a skilled operator. dDo works well as part of your texturing pipeline, but don't let it become a crutch. 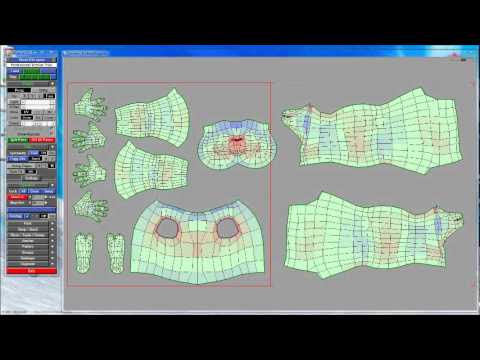 Even though retopology has more in common with modeling than texturing, I still consider it a part of the overall surfacing process:

Topogun - Topogun is a stand-alone mesh re-surfacing tool, which also happens to have map baking capabilities. This has been a favorite tool with game artists for many years when it comes to complex retopology tasks. Although hand-made retopo has become unnecessary for certain assets (a low-poly rock, for example), Topogun is still a very good option for complex character remeshing.

Meshlab - Meshlab is an open source solution for mesh processing tasks like polygon reduction and cleanup. Honestly, it's more useful for 3D scan data, however it'll work in a pinch for mesh decimation is you don't have access to ZBrush, 3DCoat, Mudbox, or Topogun.

Nobody likes creating UV maps (ok, maybe someone does), but these plugins sure make it easier:

Diamant Modeling Tools - Diamant is a pretty fully featured modeling plugin for Maya that also happens to include some pretty awesome UV tools. In fact, the tools included with Diamant are quite comparable to what you get with Headus, Roadkill, and Topogun, but you never have to leave Maya because it's all integrated. Of course, if you're a Maya user this won't help you much, but I quite like it!

Maya Bonus Tools - MBT are a list of tools for Maya that Autodesk distributes 'as is,' meaning they aren't officially supported. But they're incredibly useful and include an auto-unwrap UV tool that easily beats anything else included with Maya. There's a lot of overlap in the bonus tools with other plugins like Diamant, but Maya Bonus Tools are free so you really have nothing to lose by taking the time to install them.

Headus - Headus UVLayout is another standalone mapping tool. At one point, this was hands down the fastest UV tool in the game, but a lot of other packages (like Maya Bonus tools, Diamant, etc.) have caught up quite a bit. Color feedback for UV stretching is a nice feature.

Roadkill UV Tool - Roadkill is a standalone UV mapper for Max & Maya. It's a bit antiquated and no longer being developed, but it's one of the few tools with a (very useful) UV stretch shader.

And last but not least—Toolbag is a standalone real-time renderer, and while it isn't a texturing tool per se, it is undoubtedly the fastest and easiest way to prototype your textures in a quality real-time engine. Marmoset has high-quality lighting presets, tons of post-processing options, and is a heck of a lot quicker than loading up your model in UDK or Cryengine just to see if a WIP is (or isn't) working.