Not bad: after a couple of years of bottom-scraping (what was that about recessions creating great art?), music, like the economy, began to show some signs of life in 2003. Album sales, while down overall for the year, are up in the fourth quarter despite industry fears about online file-sharing. These were the best: 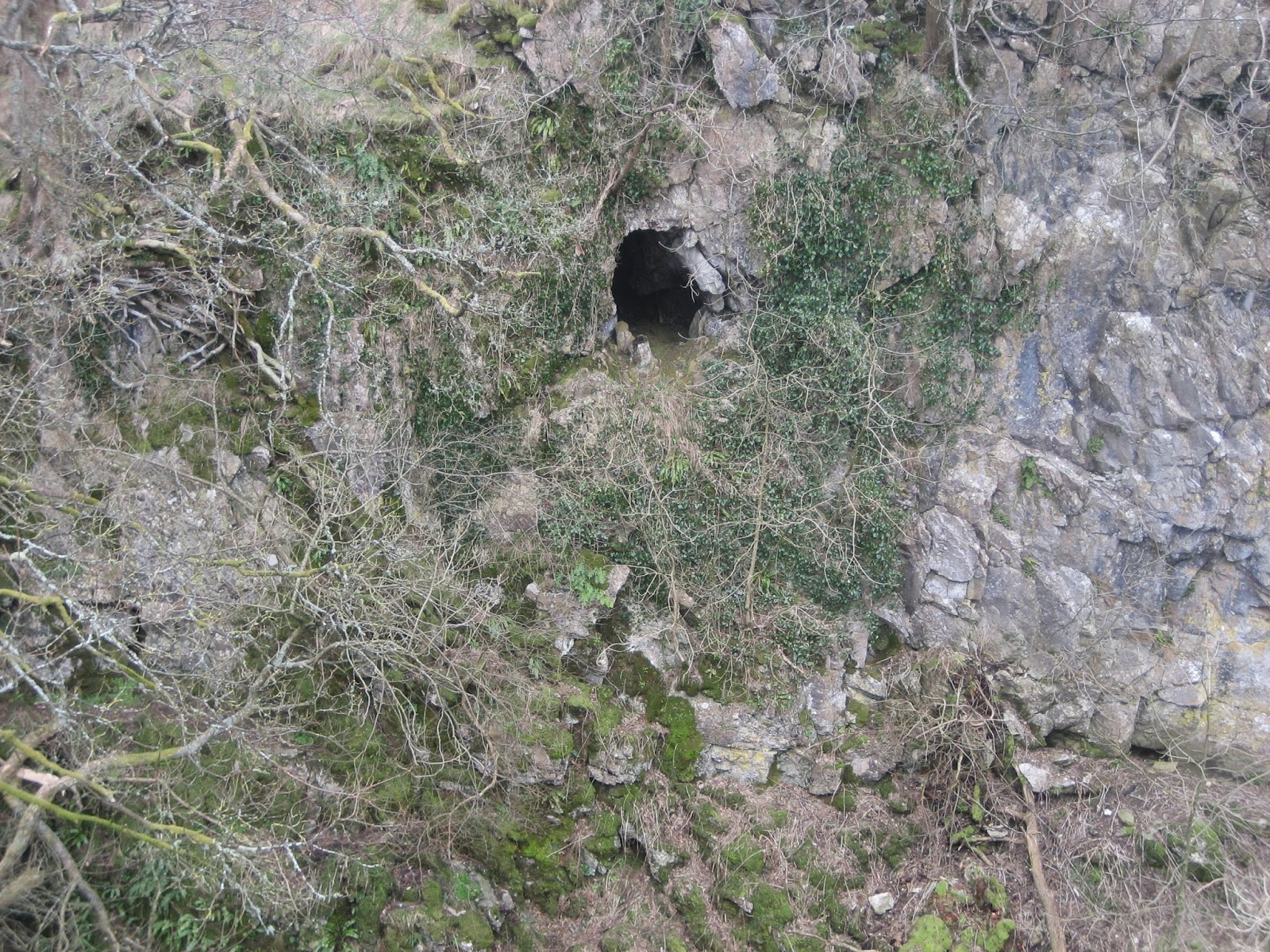 1. OutKast
Speakerboxxx/The Love Below (Arista)
Hip-hop’s most consistent auteurs move the goalposts once more. Big Boi’s SpeakerboxxxM is the better and surprisingly more personal half, with raps about single fatherhood, the war in Iraq, and the joy of Sunday-morning church services set to P-Funk-style brass, minimalist electro, and New Orleans jazz. André 3000’s The Love Below is less satisfying, mostly because he strains at weirdness and fills the disc with insufferable skits. But when the risks pay off (“Spread” and “Roses”), they’re completely rewarding.

For most of the first 45 seconds of Chilean producer Ricardo Villalobos' debut album Alcachofa the only sound is provided by a vocodered voice. But rather than using that device to turn man into the sheen of a playful disco machine, Villalobos' treated vocal on opener 'Easy Lee' is murky, weighted down by reverb and doubt. Obtenir Certificate De Non Gage Pdf Download ->>> Dclaration de cession: tlcharger le formulaire Cerfa 15776 Newsletter La lgislation juridique et financire volue en permanenceCette date est particulirement importante: pour que le certificat de non-gage soit valable, l. This is a dump page of a forum, you should have a look at the full version here:!!! Ricardo Villalobos.

2. Bubba Sparxxx
Deliverance (Interscope)
This great second disc from Southerner Sparxxx rewarded listeners with his plainspoken, almost contemplative delivery and perhaps the most imaginative production yet from maestro Timbaland.

4. The Fiery Furnaces
Gallowsbird’s Bark (Rough Trade)
Fronted by Brooklyn-based siblings Matthew and Eleanor Friedberger, the Fiery Furnaces fill their debut album with archival-sounding riffs such as ragtime-style piano playing, yet avoid being stuck in the past thanks to futuristic synth-driven songs like “Leaky Tunnel.”

5. The White Stripes
Elephant (V2/Third Man)
Though Elephant was knocked out in just over a week on lo-fi recording equipment, its sound (most memorably, the bass-drum thump of “Seven Nation Army”) is much more expansive than that of its predecessors. And with a voice alternating between a girlish trill and a scratchy, almost prepubescent shout, Jack White becomes on record the eccentric vocalist we always knew him to be.

8. Michael Mayer
Speicher (Kompakt Extra)
Rock’s closest techno kin is schaffel, a subgenre bred at Cologne, Germany, label Kompakt that combines the stadium thump of Gary Glitter and T. Rex with the back-and-forth tipsiness of rock-steady reggae. On the mix CD Speicher, Kompakt’s star D.J., Michael Mayer, captures schaffel at its most feverish; you can nearly imagine sweat dripping from the walls.

9. Yeah Yeah Yeahs
Fever to Tell (Interscope)
Its too-sparse production prevented Fever to Tell from being revelatory, but lead singer Karen O marched through the songs like the “50Ft Queenie” of PJ Harvey’s imagination, imbuing nearly every track with a “rar-rar-rar” or a “yeah-yeah-yeah.” And, simply put, “Maps” is the most beautiful (“They don’t love you like I love you”) love song of 2003.

For more of 2003’s best, see Peter Rainer’s favorite flicks of the year.

For most of the first 45 seconds of Chilean producer Ricardo Villalobos' debut album Alcachofa the only sound is provided ..

For most of the first 45 seconds of Chilean producer Ricardo Villalobos' debut album Alcachofa the only sound is provided by a vocodered voice. But rather than using that device to turn man into the sheen of a playful disco machine, Villalobos' treated vocal on opener 'Easy Lee' is murky, weighted down by reverb and doubt. It frequently trails off at the end of words and sentences. It's exhausted. And when the thump and snap of light 4/4 rhythms accompany it, it sounds even more submerged, as if it's trying to keep its head above water.

Villalobos approaches the admittedly wide and increasingly nebulous net of tech-house as if 2002 never happened-- no The Present Lover, no All That Glitters, no Digital Disco, no Total 4. That's certainly not bad, it's just another tangent for this ever-pulsating sound. The odd thing is that even without getting in touch with his inner pop child, Villalobos has landed in the same general area as the Tied to the 80s retro futurists: a delicate mix of nuance and melody. It's sort of the morning-after-- or possibly the walk home from the club, the how soon is now?-- to all of those of shiny, hands-aloft nights out. And Villalobos isn't the only producer taking this route. It's also one traveled by Luciano and the suddenly prolific Matthew Dear, whose Ghostly International releases-- EP1 and EP2, and his upcoming Leave Luck to Heaven album-- all demonstrate a similar approach to tech-house.

The roots of the Villalobos' music-- which can also be found on his own outstanding mix albums Love Family Trax and Taka Take, Perlon's Superlongevity compilation, and a series of 12-inch releases under his own name and as half of Ric y Martin-- lie in the Kompakt label's ambient beginnings and Basic Channel and the rest of the minimalist Berlin crowd. Like the Berliners, he wades through gurgling, delicate pools of dubby bliss. His mix of groove and nuance seems somehow warm and cold at the same time, a very human expression of somber emotions. Its bittersweet tone is compounded by a blend of the familiar (the self-deprecating vocals almost direct house of 'What You Say is More Than I Can Say', the late-night speedway of 'Y.G.H.') and the unexpected ('Waiworinao's chugging guitar, the polyrhythmic 'Fools Garden (Black Conga)').

One setback is that the set misses perhaps his most beloved track, '808 the Bassqueen', although that may not have matched the record's tone. What is recycled from previous releases includes 'Dexter', lifted from Taka Taka, and the aforementioned 'What You Say is More Than I Can Say', which appears here as an edited version of the track, originally released on the Halma 12-inch.

One of the few vocal tracks, the me-against-the-world of 'I Try to Live (Can I Live)', perhaps best illustrates the hesitancy, doubt, and weariness that drifts through Alcachofa. There and elsewhere throughout the record, Villalobos seems to be seeking comfort and finding it in small moments, in the nooks and crannies of the sound rather the more traditional heart-pumping moments explored by many tech-house producers over the past year or so. Instead, at Alcachofa's heart beats a more steady rhythm, pumping out fragile melodies painted with small yet precise brushstrokes.