Reason Pianos ($129) is a sampled-piano refill for Propellerhead Reason. Two concert grands — a Steinway D and a Yamaha C7 — and a Steinway K upright have been meticulously sampled for this library. Compared with other high-end sampled-piano libraries, Reason Pianos is relatively compact, with the 16-bit version weighing in at under 600 MB. (A 24-bit version is also included.) Size notwithstanding, Reason Pianos is very versatile due largely to its easy integration with other Reason devices using Reason 3's Combinator.

The philosophy behind Reason Pianos is production, and a number of decisions have been made with the modern producer in mind. Although the pianos are very playable, they don't have all the bells and whistles of multigigabyte piano libraries aimed at the solo performer. For example, the una corda (soft) and sostenuto (middle) pedals of the piano have not been implemented, and looping, rather than full-decay and sustain (damper-pedal-down) samples, is used to sustain notes. The advantages are lighter CPU load, less disk space used, and no need for direct-from-disk streaming. However, loading all samples into RAM does increase preset load time.

Reason Pianos comes in Combinator racks that combine several mikings with EQ, compression, and other effects.

Propellerhead's approach to creating these sampled pianos, which it calls hypersampling, entails recording each piano with six different microphone configurations: Close, Jazz, Bottom, Ribbon, Floor, and Ambience. Bottom and Ribbon are mono recordings, whereas the rest are stereo. Each sample set contains 4 Velocity zones for each of 25 key zones. Separate samples routed to separate NN-XT sampler outputs capture release resonance and hammer noise. Except for the lowest and highest octaves, each key zone spans three semitones, which ensures that no note is transposed more than a semitone up or down. The zones in the lowest and highest octaves span four semitones.

The zoning strategy, along with sample looping, distinguishes Reason Pianos from most other high-end sampled pianos, which usually have more Velocity zones and sample every note for its full decay. If you listen to individual notes played at different Velocities, you can indeed hear both the Velocity-zone transitions and the looping, but when actually playing, even in a solo context, both are barely noticeable. You'd be hard-pressed to pick them out at all in a mix.

Each of the sampled pianos in each miking configuration is included as an NN-XT patch by itself and embedded in a Combinator. The purpose of the Combinator is to provide individual EQ of the release and hammer-noise samples; EQ and compression of the sustained-note samples; and mixing of the sustained-note, release, and hammer-noise samples. The four Combinator buttons toggle release, hammer noise, low cut, and compression with the corresponding knobs controlling the amounts.

Beyond those basic configurations, eight more Combinator patches for each piano mix various miking configurations by adding NN-XT samplers and effects. For example, there are patches that combine the jazz, ambient, and ribbon mics or the close and floor mics.

For the more adventurous, there are Producer and Style collections containing 10 and 29 Combinator patches, respectively. A refill from Exode with 40 additional stylized patches is a free download for registered users. The ten Producer patches each incorporate several mikings with some additional processing such as reverb and individual EQ. My favorites among them are the David Darlington NY Jazz Steinway, the Flatback Producer upright, and Niklas Flyckt Fat'N'Ambience.

The Style patches chart more-daring territory. They typically start with one or two NN-XT piano patches, layer in a synth, and add some extreme effects processing. Eclipse, one of the more interesting, passes the piano mix through a digital delay line and uses the LFO from a Subtractor synth to control the delay time. That requires some clever patching using the Combinator's modulation inputs. Beyond Eclipse and a few others, the Style patches stay pretty much within the layered piano paradigm, but the exceptions show how far you can stretch these pianos with a little imagination. For instance, the collection begs for a few vocoded pianos, some piano-percussion hybrids, and some pianos with individually processed notes (see Web Clip 1). 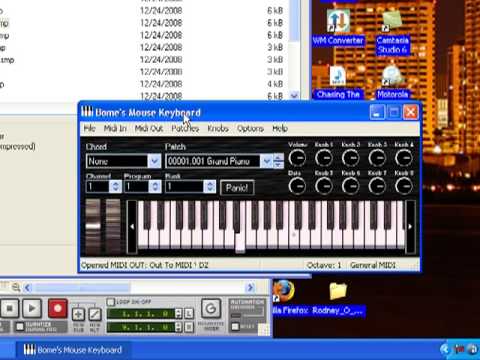 Reason Pianos is an excellent-sounding, well-organized sampled-piano library. The 16-bit version is easy on your system, and you can always switch to the 24-bit version for final rendering (although you do have to swap sample sets manually). Even lighter NN-XT versions of each piano are included for quick sketching, and templates with labeled instruments, EQs, and mixers, but without samples, make creating your own Combinator patches a breeze. If you're a Reason user looking for a full-featured yet inexpensive piano library, look no further. Baupost 2012 year end letter pdf.