Nexus is one of my favorite VST plugin! It’s a VST used by many famous music producers.

You could find below 7 Free Trap Presets Packs (XP) for Nexus 2 with a total of 518 dope presets to make awesome trap and Hip Hop tracks.

Wrecks Nexus Trap Expansions is a preset bank tweaked by Wrecks from sounds on Nexus that he oftenuses This free Nexus expansion includes pads, plucks, hits, arps, strings, bells, leads, bass … This uplifting Nexus preset library is ideal for trap producers and is sure to boost your sound capabilities. 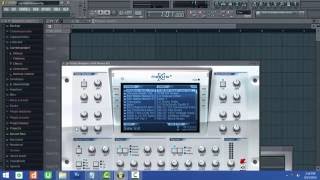 Over this past year CRAM has dropped some dope free kits and nexus presets for the producing community. This is the third (and final) addition to the “Straight From Da Trap” Nexus series. Filled with over 50 sounds for Hip Hop/Trap/RnB/Pop & more this nexus pack will keep you inspired for a few beats.

C-RAM has already released some nice free kits and presest for the general public ! This nexus preset pack is the final one of the “Straight From Da Trap” Nexus series ! Download now 50 inspirationnal sounds for Trap, R&B, Rap, Hip Hop ! Don’t forget to follow CRAM on instagram & twitter.

The awesome website Producergrind.com (that you have to bookmark) has dropped a free nexus XP for all their fans : The Trap Kid ReFX Nexus Expansion. It comes with 97 presets for you to go mad with.

You should also check free stuff The Bando Keys Kontakt Librarywhich is one of the dopest kontakt libraries ever! (Go Check It Out)!

Thanks to RayBeatz808 for providing this new pack of free presets for ReFX Nexus. It contains 24 brand new sounds for producers to use when making beats.

Another dope free Trap Presets – nexus expansion pack filled with tons of dirty south sounds. VERY EASY to install. This one has a lot of sounds that remind me of London on da Track.

Shout out to BazzaBeatz for giving away 75 nexus presets in this free expansion. Plenty of crazy instrument sounds in this pack.

650kB of lit presets in ZIP format that you can use into your hip hop, trap, urban, crunk or club productions. It includes piano, brass hits, guitars, arps, rhodes, pads…

12 free nexus expansions for nexus users. Don’t be afraid to use them in your beats 😉 38 melody loops inspired by Lil Uzi Vert and Juice WRLD. Just drag and drop these patterns in your favorite DAW!