Are you a dividend growth investor? A retiree looking for income? Just an average investor looking for a place to park some cash? Most of us, at some point or another, have considered investing in a stock solely for the dividend it provides. Most of us also know that it is prudent to diversify our holdings in order to mitigate risk. Why? Because all it takes is a growth tech stock to miss earnings by a cent or an errant comment misinterpreted the wrong way to cause the markets to sell off, and then all the index-tracking ETFs will indiscriminately sell your blue chips, along with everything else regardless of fundamentals. But I digress. Allocating a portion of your portfolio to foreign stocks is one way to diversify and mitigate risk. However, holding foreign stocks comes with its own set of problems, including fees, exchange rates, taxes, and paperwork. In this article, I will give a brief overview of the issues you should consider before initiating a position in a foreign stock, particularly one that pays a dividend.

Investors living in the United States are fortunate - being one of the largest markets in the world and a financial powerhouse, many foreign companies aspire to be listed on American exchanges in order to access the vast amounts of capital flowing through our economy. However, there are many solid businesses all around the world; investing abroad just requires a bit more work.

Lower volumes: The most well-known companies with large market capitalization will typically have no liquidity issues, but foreign stocks which are traded over the counter will tend to have lower volumes and higher bid-ask spreads.

Less news coverage: News reports tend to be biased towards what readers find most relevant. Overseas companies tend to have less media coverage. Accessing news directly from a company's website may be more challenging especially if there is a language barrier.

Dividend stability: Outside of the United States, dividends are often not paid in a consistent manner every quarter. Instead, payouts are typically a percentage of earnings and paid only once or twice a year.

Different accounting standards: Many countries have adopted the International Financial Reporting Standards (IFRS) which is different from the US Generally Accepted Accounting Principles (GAAP), making due diligence and direct comparisons to other companies more challenging.

American Depository Receipts: Securities which are not listed on American exchanges may be traded via American Depository Receipts, which are certificates issued by financial institutions representing a specified number of shares of a foreign stock. Many ADRs represent foreign stock in a 1:1 ratio, but some may represent multiple shares or fractions of a share. ADRs typically charge custody or pass-through fees ranging from 1 to 3 cents per share, deducted from dividend payments or charged directly to brokerage accounts.

Currency exchange: Exchange rates may fluctuate up to 10% or more in any given year and can significantly affect investment returns. While investment decisions should be made primarily on the economic prospects of each company individually, American investors should prefer to buy foreign stocks when the US Dollar is strong, and hold or sell when it weakens.

Many countries require withholding taxes on income, including dividends. The amount withheld varies by jurisdiction, and may be as low as 0% in Bermuda, or as high as 35% in Chile. For most countries, the nominal rate falls in the range of 10-20%. However, tax treaties established between countries may reduce the rate at which taxes are withheld. The table below shows the rates at which American investors can expect dividends to be taxed.

To a certain extent, taxes withheld by foreign countries may be recoverable as a tax credit. In the simplest case, if the total amount of foreign taxes paid is less than $300/$600 (single/married filing jointly), the entire amount can be recovered as a credit (Line 48 of Form 1040). However, if foreign taxes exceed this amount, Form 1116 must be filed. Optionally, foreign taxes may be itemized as a deduction on Schedule A, but are then no longer eligible for credit.

Let us take a look at some examples of how the foreign tax credit is applied in various scenarios.

Adam has a modest income of $50,000 and takes a standard deduction, bringing his taxable income to $43,650. He has no qualified dividends or capital gains, and his tax liability is $6,645. His investments produced $3,000 in foreign source dividends which were taxed at 10%, for a total foreign tax of $300. Because his total foreign tax was below the $300 threshold, he is exempted from filing Form 1116 and is able to take the full amount as a credit.

Bill has a similar income as Adam, but he is retired, and most of his income came from qualified dividends and capital gains. Because of his tax bracket, most of this was taxed at 0%, and he has a tax liability of only $250. Although he paid $300 in foreign taxes, he only received $250 in credit because it is non-refundable and limited to his total tax liability. 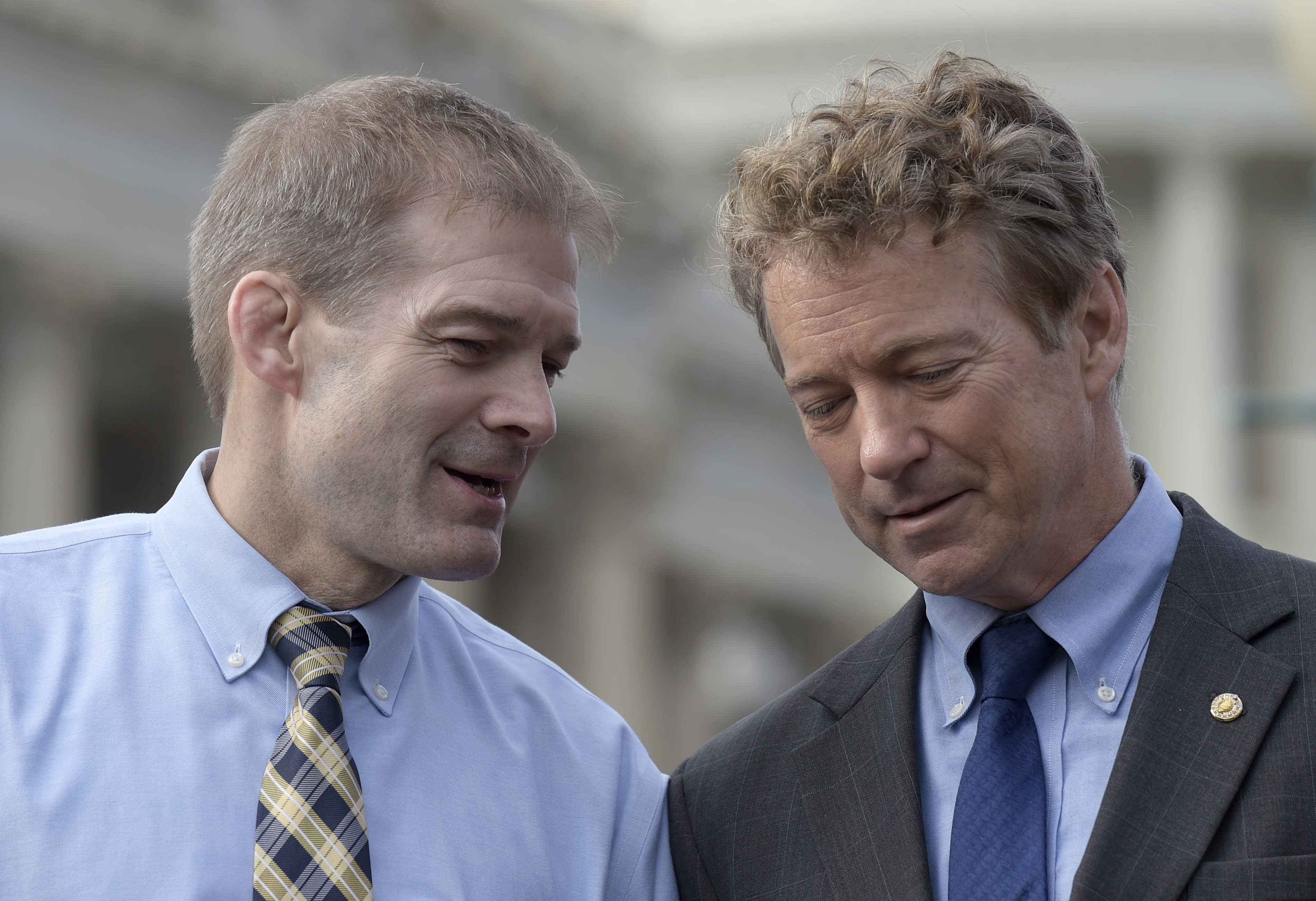 David is in the same situation as Adam, except that he has a much larger investment in foreign companies. His $6,000 in foreign dividends is taxed at 10% for a total of $600. Like Charles, he exceeds the threshold and must file Form 1116. Since his ratio of foreign income to taxable income is higher, his maximum credit is proportionally higher at $913.40. However, he only paid $600 in foreign taxes, so he obtains a credit for this amount.

Eric, like Bill, is retired and has a low tax liability. However, like David, he has large foreign holdings. Although he paid the same amount of foreign taxes as David, his tax liability was much lower, and as a result, his maximum credit is only $34.36.

As you can see, quite a few factors affect the amount of foreign tax that can be recovered as a credit. As such, it is important to properly size positions in foreign companies so as to maximize returns after tax.

Given all the hassle of owning stocks in individual dividend-paying foreign companies, is it worth simply buying an exchange traded fund which provides the diversification desired? The table below provides a quick look at some of the largest international (outside US) dividend-focused ETFs.

Like their underlying holdings, dividend payouts for these ETFs are inconsistent from quarter to quarter. In general, these funds yield approximately 4% and carry moderately high expense ratios around 0.4%. Are you willing to give up 10% of your dividend as fees in exchange for better diversification and less paperwork? Although these ETFs may reduce company-specific risk, their holdings are not as geographically diversified. This is somewhat to be expected, as most dividend-paying companies are located in developed nations, but it is prudent to keep in mind when constructing a portfolio.

Foreign companies may be attractive investments because of their dividend yields, exposure to different economies, or company-specific developments. However, it is important to keep in mind the many factors which may reduce the rate of return for such investments. For some investors, investing in domestic multinational corporations may provide the desired international exposure without the hassle of investing in foreign companies. Other investors may prefer to invest in countries for which withholding tax rates are at 0%. How do you approach investments in foreign companies? Let me know in the comments!

Note: This article is intended to provide an overview of common issues impacting returns on investments in foreign countries. Although general principles may be applicable to most investors, this article primarily addresses individual investors residing in the United States. Specific securities and scenarios may be used as examples, and should not be construed as investing or tax advice.

Disclosure:I/we have no positions in any stocks mentioned, and no plans to initiate any positions within the next 72 hours.I wrote this article myself, and it expresses my own opinions. I am not receiving compensation for it (other than from Seeking Alpha). I have no business relationship with any company whose stock is mentioned in this article.