Atomic Bomberman was developed and published by Interplay and was still licensed by Hudson Soft. This was the second Bomberman game to be on the PC (with 1992's Bomberman being the first one), but this one takes a complete twist in with the Bomberman mascot.

Bomberman requires little introduction – most players will have fond memories of the game from its many iterations. You control cute little fellas called ‘bombermen’, who run around in an overhead arena dropping bombs. The goal in the more deathmatch-oriented Atomic Bomberman is to destroy enemy bombermen (AI or human-controlled). Along the way you collect hidden power-ups by destroying bricks to give you an edge over your opposition.

The arenas have different themes, including a trash can theme, an ocean theme, and a hockey theme — and the “Classic Green Acres” level that console players will recognize. You can also change the pattern of your arena, but this isn’t as easy to do as it should be. There are variations on the basic theme, including changing the win factor to number of kills instead of just plain survival or playing on teams. The manual even comes with instructions on how to set up a “Wally Bomb” game (an Interplay office favorite) in which there’s a wall in the middle of the board and you hurl bombs over it, like a crazy version of Battleship.

The techno-punk music and silly sound effects are amusing. Your player will scream out in agony when killed, or say things like “smokin!” or “that’s mine!” when you’re doing well. The player animations are also cute; when you’ve trapped yourself with a bomb, your Bomberman will tie a blindfold around his eyes like he’s being sent to a firing squad, among many other animations.

The best and biggest improvement in the PC version of Atomic Bomberman over the older console versions is the multiplayer. You can easily set up and play a network game using either an IPX, modem, or serial connection. But it’s also possible to play the game in two-player mode (on the same computer, using the same keyboard). But for more than two players, LAN is the best way to go, supporting up to ten human players at once (complete chaos ensues as a result, however). In any case, multiplayer is where the game truly shines.

You can also play against the AI, but it’s not nearly as fun. The computer knows exactly where and when to move out of a bomb’s blast radius. Usually the only way to get at the AI is to either trap him behind a wall, or overwhelm him with so many bombs that he can’t escape the blast. Despite these flaws, Atomic Bomberman is an enjoyable time killer, especially when you find a human player to fight against. 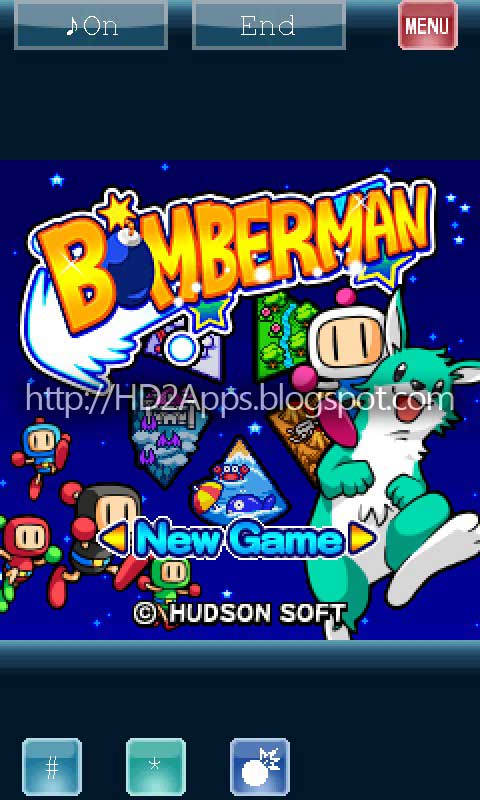